Please read and review the assigned works for class on the day that they are listed.

Assignments are due on the dates listed in the schedule.

This schedule is subject to change according to the pace and interests of our class, as well as other opportunities that arise during the semester.

Suggested readings are included below; additional suggestions and resources will be added to the course website throughout the semester.

Required Primary: Trollope. Domestic Manners of the Americans (1832)
*There are many editions (with some variations) for this text. The above link goes to the PDF file for an electronic exam copy I am thinking of using in the future. It as footnotes and other scholarly aids. If you prefer a print version for longer works, there are about 15 copies available through the library, including a few at Howard, located here and here.
Here is a digitization of a fourth edition from 1832.

Some Images of Trollope:

Images via VictorianWeb.org their caption for this pair of images: “Two very different portraits of Frances Trollope: a photograph (an albumen print) by an unidentified photographer and a stipple engraving by W. Holt [?] of a drawing by Mrs. L. Adams. From the Berg Collection, New York Public Library (image id nos. 484406 and ).”

An intriguing image allegedly from an early press review of Domestic Manners. I am still looking for the original source, but here is the blog post I used for this one. [image via WondersAndMarvels.com]

Required Primary: Schaw. Journal of a Lady of Quality; Being the Narrative of a Journey from Scotland to the West Indies, North Carolina, and Portugal, in the Years 1774 to 1776 (1921)

Required Secondary: Bohls. “Chapter 2: Janet Schaw and the Aesthetics of Colonialism” from Women Travel Writers and the Language of Aesthetics, 1716-1818;

Instead of meeting in our classroom, we will attend the following campus event. Although it is technically a subject for U.S. history, it does tie into our discussions of British reactions to slave societies in the Americas.

NB: When you start your research, these companions and their further reading sections may be useful to you. I have copies and can scan relevant chapters for you.

NOW SUGGESTED Primary:Choose one of the following:

Recommended Primary: More Austen (all texts via The Republic of Pemberley); Eden. Up The Country: Letters Written to Her Sister from the Upper Provinces of India; Fay. The Original Letters from India of Mrs. Eliza Fay

Week 8: British Markets for Abolition in the Americas
(March 1)

Required Secondary: Choose one of the following:

From Not Just in February: The frontispiece of Running a Thousand Miles for Freedom portrays Ellen Craft dressed as a man, in the spirit of her escape from slavery. Image from Ross, Amanda. “‘Mislike Me Not for My Complexion.” Not Just in February. 22 March 2011. Web. Accessed 1 March 2017

Week 9: Short Paper Midterm and Presentation (March 8 – We Will Meet in the Seminar Room)

Updated: Short Paper Midterm Due at the start of class; we will discuss the papers.

Required Secondary: Raphael Dalleo. “Chapter 1: The Abolitionist Public Sphere and the Republic of the Lettered” From Caribbean Literature and the Public Sphere: From the Plantation to the Postcolonial. University of Virginia Press, 2011

Required Primary: Strickland Moodie. Roughing it in The Bush (1852)

Required Secondary: Andrea Medovarski. “Roughing it in Bermuda: Mary Prince, Susanna Strickland Moodie, Dionne Brand, and the Black diaspora” Canadian Literature/Littérature Canadienne 220 (2014);  Christa Zeller Thomas. “’I Had Never Seen Such a Shed Called a House Before’: The Discourse of Home in Susanna Moodie’s Roughing It in the Bush” Canadian Literature/Littérature Canadienne 203 (2009)

1990s-Present
Dean, Misao. “Concealing Her Bluestockings: Femininity and Self-Representation in Susanna Moodie’s Autobiographical Works.” Re-Sitting Queen’s English: Text and Tradition in Post-Colonial Literatures. Ed. Gillian Whitlock and Helen Tiffin. Amsterdam-Atlanta: Rodopi, 1992, 25-36.
Gerson, Carole. “Nobler Savages: Representations of Native Women in the Writings of Susanna Moodie and Catharine Parr Trail.” Journal of Canadian Studies 32 (1997):5-21.
Klepac, Tihana. “Susanna Moodie’s Roughing it in the Bush: A Female Contribution to the Creation of an Imagined Canadian Community.”Central European Journal of Canadian Studies/Revue d’Etudes Canadiennes en Europe Centrale, 7 (2011): 65-75.
Peterman, Michael A. “Reconstructing the Palladium of British America: How the Rebellion of 1837 and Charles Fothergill Helped to Establish Susanna Moodie as a Writer in Canada.” Papers of the Bibliographical Society of Canada 40/1 (2002):7-36.

If you are going to a conference this week, you are excused, but you still need to turn in your work.

Paper Abstract and Bibliography due at the start of class– discuss it in class.

For the Bibliography, you need a minimum of 10 citations (in MLA), at least 5 to have short one paragraph summaries, and of those five, at least three should have a second paragraph discussing how you will use it in the paper. You will post this to Google Drive and send me the link before class.

CHANGE IN SCHEDULE: Week 13: African-American travel to Russia and the West Indies (April 12)

Next Wednesday, April 12, Professor Jennifer Wilson from University of Pennsylvania will speak on campus and I am refocusing the class around that visit, using a text I thought of assigning but ultimately did not. We will spend the first hour of class at the talk. If the conversation continues there and is of interest, we will stay. If not, we will return to our seminar room to talk amongst ourselves about the reading and Prof. Wilson’s work.

I have contacted her and will add any suggestions she makes on primary/secondary sources to the suggested reading for the week.

From the announcement: Professor Wilson is a post-doctoral fellow at the University of Pennsylvania and is the leading specialist in the interaction between the African-American diaspora and Russia. 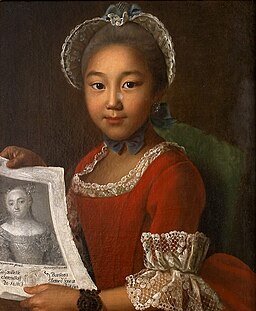 From Wilson’s talk: 1796 English translation of The Negro Slaves.

Recommended Primary: Kemble. Journal of a Residence on a Georgian Plantation (1863); Sedgwick. “Slavery in New England” (1853): hypertext and manuscript draft

Required Secondary: Focus on your research

Image from Kate Beaton’s Step Aside Pops! plus the Victorian image on which it is based. (Comic Alliance)

Other Sources of Potential Interest (not all are strictly scholarly):

Indentured Chinese Labor in South Africa (there is also scholarship regarding Chinese migration to Cuba and South Asian migration to both the British Caribbean and South Africa; after Apartheid, the categorization of Asian subjects is interesting, as well):

Rangoon Outrage:
Neill, Jeremy. “’This is a most disgusting case’: Imperial Policy, Class and Gender in the Rangoon Outrage of 1899″ (Academia.edu)

Paper Drafts due at the start of class; Presentations during class

Seminar Paper due Friday, May 12 by email before midnight

If this conflicts with other graduate deadlines, we will discuss this as a class towards the end of the semester.

Other texts of possible interest:

Pryor, Elizabeth Stordeur. Colored Travelers: Mobility and the Fight for Citizenship before the Civil War (University of North Carolina Press, 2016)

This course is taught by Dr. Emily MN Kugler at Howard University.